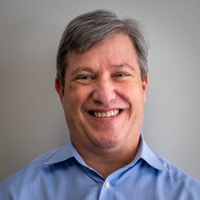 Philip Goldstine was born in Philadelphia, Pennsylvania and lived in Haddon Heights, New Jersey for nine years before moving with his parents and sister to Knoxville, Tennessee. He has lived in Knoxville since 1975 other than his four years at Duke University, from where he graduated in 1987 with honors and a BA in African American History.

In 1990, Philip began training with Dean Witter, passed the Series 7 and other securities and insurance exams, and began his career as a registered representative helping clients with their investments. He stayed with them through a buyout from Morgan Stanley until January 2006, when he began a three year stay with Wachovia Securities. In 2009 Philip left the "dark side", as he calls large, well-known wirehouses (brokerages) for the independent brokerage Tower Square Securities under his current manager, Bob Williams. Through a buyout of this firm, he has now worked with Cetera Advisor Networks as part of Bob's team since 2013. Philip is mainly a generalist dealing with many different kinds of investments, but if asked to name a specialty would say it is picking appropriate actively managed mutual funds for his clients.

Away from the office, Philip enjoys reading and watching sports, including all professional teams and his beloved Duke Blue Devils, especially the basketball team. He currently lives in Knoxville with his wife Leigh Anne, sons Grant and Matthew, and a myriad of cats and dogs.