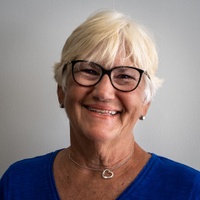 Katharine has served as Philanthropic Advisor to Financial Marketplace since January of 2017. In her role, she assists clients with charitable gifting and philanthropic planning in order to maximize their abilities to make a difference in their communities. Katharine is the 2019 honoree of the YWCA Tribute to Women Award for Community Enhancement. She has extensive experience as a strategic planning consultant to foundations and grant making institutions both in the U.S and abroad.

Her experience includes four years serving as president of Appalshop in the early 1980s, which is an Appalachian arts and media center based in Whitesburg, Kentucky. From 1985-1997, Katharine was the founding executive director of the East Tennessee Foundation, which serves 25 counties in East Tennessee. She was then invited by the Ford Foundation to travel to Kenya to assist local leaders in establishing their own community foundation. This led to being named the Ford Foundation's Representative for Eastern Africa where she focused on building philanthropy within the community. From 2001-2004, Katharine served as a founding board member of the Center for Rural Strategies and then vice president of the organization from 2004-2014. During this time she directed the community philanthropy initiative where she produced a video and edited a book of stories about communities in Kenya and East Tennessee. Katharine currently serves as a board member of Women's Fund of East Tennessee, Knoxville Botanical Garden and Arboretum, Clarence Brown Theater and Big Ears, Inc. She is also a member of the Leadership Knoxville Alumni Association.

Katharine earned both a BA and MA from the University of Tennessee-Knoxville in English and Theater. She is married to Mike Criss, has two dogs, and loves to play tennis. Her son Rand and his wife Sapna and her beloved granddaughter Radha live in Kenya and she goes to visit every chance she gets. Katharine is a member of St. James Episcopal Church in Knoxville.